The ABCs Of How People Buy Part I

When the prospects way of thinking out a buying decision guides every step of what a salesperson does, the salesperson is always in the right place at the right time with the right tools. It appears that even the most advanced evidence based sales training available today still do not fully align salespeople so they always follow the way prospects think out a decision to buy. Even the best trained salespeople could further increase their sales by following a Roadmap of how prospects think out a decision to buy.

In 1976, I accepted my first position as a 100% commission salesperson for a bicycle and parts distributor. They put me through the best sales training available at that time which drilled us in the use of features and benefits, objection handling and closing techniques. In addition, I had worked for the company for two years learning everything about the industry, their products and their customers. After hearing shop after shop tell me “we don’t need anything today,” “our regular supplier takes care of us just fine,” “it’s a little slow right now,” and “we’re stocked up,” I started losing sleep worrying about how I was going to pay my mortgage next month.

That lead me to wonder about this selling process I was supposed to follow. Prior to going into the bicycle business, I had been a restaurant manager for several years where hundreds of sales people called on me. Deep down I knew what was going through the minds of the owners and managers I was calling on but the selling process I had been taught didn’t address it. I began to realize there was a big disconnect between the sales approach of that time and the customer.

Out of sheer necessity to find a way to pay my bills, I started deviating from what I had been taught and did what naturally made sense to me…ask these owners and managers about their business instead of trying to sell them anything. Funny thing happened. Once we started having a casual shop talk about their business, they suddenly discovered they had things they needed to buy. The next thing I knew I was writing 10, 12 and 15 line orders from 90% of the shops that had told me they didn’t need anything.

My sales manager advised me to be patient because it could take up to a year for the shops to get to know me so I could start building up my sales volume. Thankfully, I realized that my mortgage lender wouldn’t accept that excuse so I found a better way that resulted in my increasing my territories sales 26% that first month and 125% in the first year. That led me to pay even more attention to what I discovered, continue to experiment with it and understand everything I could about why it worked.

By the time I started First Concepts Consultants in 1985, I had eight years of experience as a salesperson and fourteen years in management and executive positions where over 2000 sales people had called on me. As I performed my role as a decision maker, I also closely observed what was going through my mind as a result of everything these salespeople said. This enabled me to create a simple Roadmap of how our mind moves from no interest and no need to wanting to take action and buy something. That map which I called “The ABC’s Of How People Buy” can help any salesperson align themselves with the prospects own thinking process instead of some prefab selling system.

Of course, this approach involved using new techniques and an entirely different attitude in how one dealt with the prospect. In 1988, major research was released that supported my discoveries and since that time more research has surfaced from prestigious sources such as Harvard University all confirming what I stumbled upon back in 1976.

Prospects are people who, just like everyone else, have a way of thinking things out that lead them from not wanting or needing anything to making a decision to buy. We all use that same process when we buy anything. It doesn’t matter whether we are more influenced by facts and logic or feelings and emotions for any particular decision. Either way, the thinking process we go through from not interested to where to do I sign involves the same steps.

How the customer thinks out a decision to buy has nothing to do with any selling system or approach. That is an artificially constructed process to give sales people something to follow and help them remember what they are supposed to do. The truth is that all selling approaches are a collection of techniques and methods assembled into some type of organized process. Salespeople do need all those skills, techniques and methods. That’s the good news. The bad news is that they usually are following a guidance system or selling approach that is not flexible enough to keep them aligned with where the customer is at.

Wouldn’t it be easier and more effective if salespeople were simply guided by the way the customer thinks things out? Let the customer’s way of thinking through a decision to buy determine everything the salesperson says and does. The salesperson’s real role is to guide the prospect through their own buying process…lead the prospect along their own journey of discovery from not interested to ready to buy.

The ABC’s Of How People Buy

The ABC’s Of How People Buy defines three buying milestones a prospective customer will make as they move from no to yes. It is the customer’s buying process, not the salesperson’s selling process. This provides an easy to remember guidance system that keeps sales people focused on what is happening inside of their prospects. It gives salespeople specific goals to achieve that are based on the next conclusion the customer needs to make in thinking out their decision to buy. Everyone uses the ABC’s to make a decision to buy. You can find this thinking process in everything you’ve ever bought.

If you sell the customer the way the customer buys, you have the highest likelihood of making the sale. It’s good to know as many steps, techniques and strategies as possible. The ABCs gives the salesperson total flexibility to pick what they need out of their selling “toolbox” when they need it based on where the prospect is at. The ABC’s is a customer based guidance system salespeople follow that enables them to always be in the right place at the right time with the right tool. It aligns the salesperson and the prospect so they are always in the same place.

The customer admits there is a serious enough need that they want to do something about it.

The customer discovers the best solution to address their needs

The customer finds enough value in what is offered to justify the price.

Each of these three buying milestones occur inside the mind of the prospective customer. They represent major milestones in how a prospect thinks out a decision to buy. Until a prospect arrives at the A= Action Need point in their own mind, they are not ready to think about issues that would be evaluated in the B and C parts of their thinking process. Each milestone must be reached before they can proceed to the next milestone and be 100% attentive to that part of the buying process.

If a salesperson makes their sales presentation or deals with price before the A = Action Needed milestone has been reached, the prospect will shower them with objections and resistance or quietly listen and then dismiss them. These three buying milestones keep salespeople focused on the goal of helping the prospect arrive at each milestone so they can move forward to the next part of the buying process. It can also quickly alert them when they have moved forward too quickly so they can backtrack to what the prospect is thinking about. If carefully followed, it provides a continuous guidance system to keep the salesperson aligned with where the prospect is at in their buying process.

Part II will cover each of the ABC’s in detail along with the typical assumptions salespeople make that lead them to rush forward before the prospective customer is ready.

Learn about the conclusions of the 30 year research study that is behind the ABC’s on why people buy, why top sales producers sell more and how salespeople can use this knowledge to increase their sales.

email
The ABCs Of How People Buy Part II Effective Selling White Paper: The ABC’s Of Why People Buy

How to create a winning sales team culture to boost growth 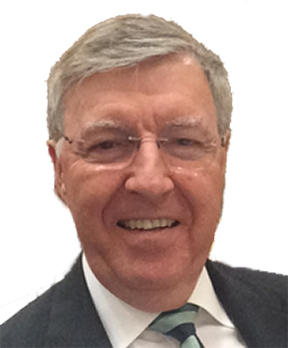 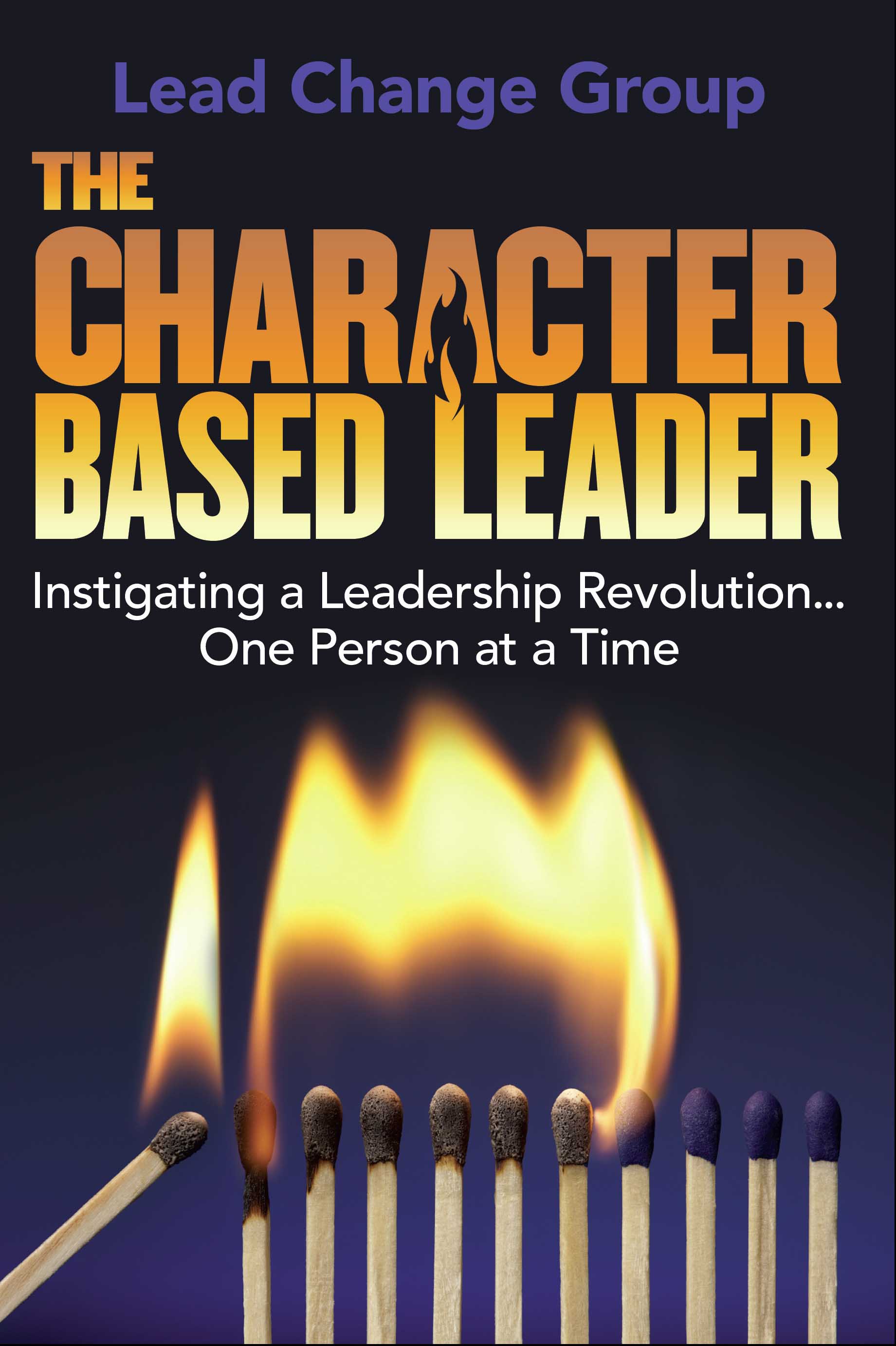